“It is difference of opinion that makes horse races,” said Mark Twain. But what’s the leading opinion on whether photovoltaic (PV) solar panels are really the ecological and economical solution they are cracked up to be?

Back in 2008, the Environmental Science & Technology journal claimed that electricity produced from solar cells reduces air pollutants and greenhouse gases by about 90%, compared with conventional fossil fuel technologies. Fast-forward to the present, and the market for solar panels is expected to grow at a compound annual growth rate (CAGR) of around 17% between 2017 and 2024.

Nevertheless, arguments persist against PVs. They include that it’s more expensive to produce power from solar energy than traditional fossil fuels, like coal and natural gas: China’s heavy subsidies for solar cell production are sometimes cited as an example. Another argument is that solar thermal energy systems are more expensive per unit of energy generated — although a counter-argument would be that solar energy is cheaper over time because it lacks feedstocks.

There are several different types of PV. About 90% worldwide are based on some variation of silicon, which takes many forms depending on the element’s purity. This “purity” depends on how perfectly aligned the silicon molecules are, and determines how well the cell is at converting solar energy — aka the photoelectric effect.

Solar cells made of monocrystalline silicon (mono-Si) contain cylindrical silicon ingots. They have the highest efficiency rates — typically 15 to 20% — because they are made of the highest-grade silicon. Yet, they are also the most expensive, and the circuit will break down if it is even partly covered by dirt or shade.

Polysilicon (p-Si), or polycrystalline silicon, cells are cheaper to produce than their mono-Si relatives, with a slightly lower heat tolerance. But their disadvantages include an efficiency of just 13–16%, and lower space efficiency.

Generally, the solar industry highlights the low costs of p-Si, and also the technical components of solar cells. Yet these components represent less than half the cost of an installed solar system. Larger costs arise from installation, maintenance, insurance and operation.

Thin solar panels, many of which are in the early research and testing stages, have shown the greatest potential in terms of efficiency. This especially applies to copper indium gallium selenide (CIS/CIGS) solar cells. However, newer thin film technologies degrade quicker than older models, offsetting much of the presumed benefit.

Some argue that the only way to economise power consumption is not with the use of PVs, but simply by using less power overall. However, what if there was a technology that could not only sidestep the issues of efficiency and economy mentioned above, but also help to reduce the burden on electrical grids?

Next stage of solar

An evolution in PV technology could hold the answer to these problems by potentially avoiding them completely. NextGen Nano has developed a technology that uses lightweight organic polymers in place of silicon. The result is cells that have the potential to be more efficient, and can be used to make flexible and semi-transparent solar panels. Called PolyPower, the solar cell combines organic semiconductors and PVs.

The last few years have seen rapid progress in increasing polymer solar cell efficiency, from 10%  to 17% power conversion efficiency. Given the high efficiency of polymer solar cells, it’s expected that the efficiency of transparent solar cells can reach beyond 13%. That would open up a huge market for building integrated PVs and other energy-harvesting applications that require transparency. What makes the system different is the use of nanotechnology — the market for which  is expected to grow at a compound annual growth rate (CAGR) of around 17% to 2024.

Nanotechnology is already making new materials available, marrying them with new uses, and could revolutionise many areas of manufacturing. In the case of photovoltaics, it’s likely that nanotechnology will make solar power more economical by reducing the cost of constructing solar panels and related equipment. 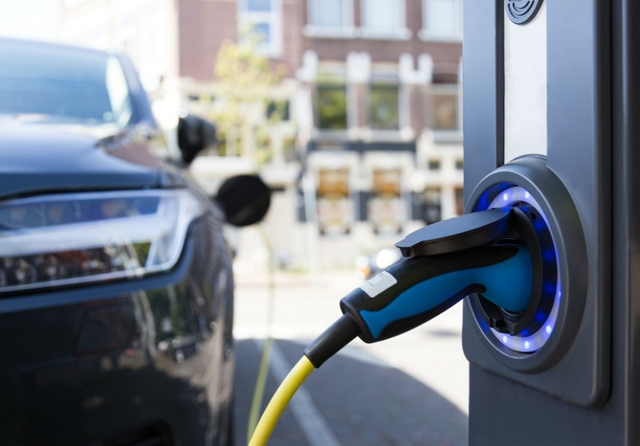 In terms of the possible applications, NextGen Nano’s technology has the potential to transform and decentralise energy applications like electric vehicles (EVs). Specifically, rather than simply plugging EVs into charging points connected to the grid, there’s potential to charge the vehicle through panels contained within the car itself. There is also scope to use the flexible and semi-transparent solar panels in technology, wearables, electronics, and military hardware.

NextGen Nano predicts a range of possibilities for product design engineers and environmental experts. What’s more, the potential for decentralised power could alleviate the expected burden on electrical grids — at least 89% of air emissions associated with electricity generation could be prevented, if electricity from PVs displaces electricity from the grid.

With its capabilities for greater efficiency and more economical production, PolyPower may be a surprise outlier that challenges arguments against PV systems or, to paraphrase Mark Twain, really makes the horse race.